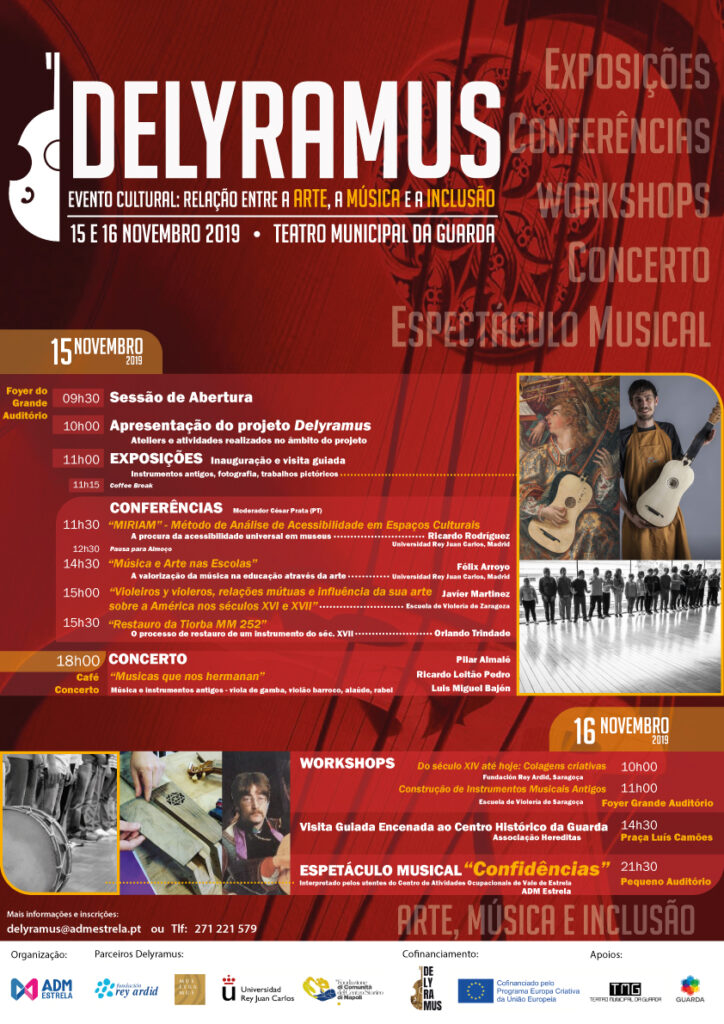 I Delyramus Event in Guarda, Portugal

ADM Estrela marked the weekend from November 15 to 16 at the Guarda Municipal Theater (TMG), with the organization of the Delyramus: Music, Art and Inclusion event that culminated in the presentation of the show Confidências.

With the participation of European partners from Zaragoza (ESP), Madrid (ESP) and Naples (ITA), this event featured exhibitions, concerts, conferences and workshops on themes relating to European cultural heritage, especially in the area of music and ancient musical instruments, with the relationship between artistic practices and inclusion.

From exhibitions of antique instruments and violin art materials, to artwork by mentally ill users, to photographs of performing workshops by ADM Estrela users, to board games in Italy, there was a wealth of content on display at the foyer from TMG’s large auditorium during the weekend.

On Friday, November 15, the event began with the presence of the Councilor for Culture of the city of Guarda, Victor Amaral, who highlighted the relevance of the relationship between cultural activities and social integration, also on the stage of the candidacy of Guarda . The European Capital of Culture 2027.

On the 15th, conferences were held on themes of music, inclusion and ancient European instruments as a common heritage, and concluded with the visit and intervention of the Mayor of Guarda, Carlos Monteiro.

The closing of the day was in charge of the invited musicians Pilar Almalé and Luis Miguel Bajén (Zaragoza, Spain) and Ricardo Leitão Pedro (Porto, Portugal) who performed an old music concert using several of the instruments, performed by the Violería school from Zaragoza, which were exhibited at the exhibitions.

On Saturday, workshops were held on plastic activities, as well as presentations on the construction of musical instruments. During the afternoon, a guided-theatrical visit was made in the historic center of Guarda, organized by the Hereditas Association.

The day concluded with the presentation of the show Confidências in the Grand Auditorium of the Municipal Theater of Guarda. This performance, carried out by the 20 users of the ADM Estrela Occupational Activities Center, in Estrela Valley, was directed by Tiago Sami Pereira showing the results of the performative workshops held during 2019 in the Municipal Theater of Guarda Spaces, also in the field of Delyramus project.The Delyramus: Music, Art and Inclusion event was organized as part of the “Delyramus – Audicence Development: Musicl, Luthiers and Mental Health” European project, co-funded by the Creative Europe: Culture program, and was supported by the Guarda Municipal Theater and the Guarda City Hall. 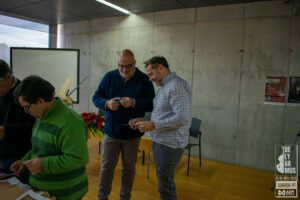 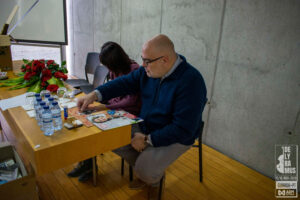 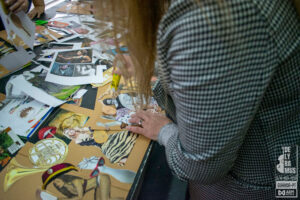 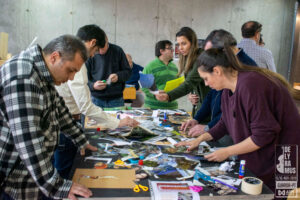 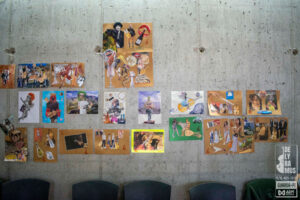 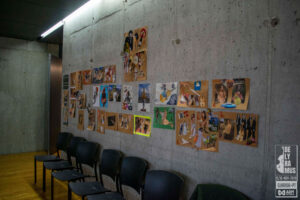 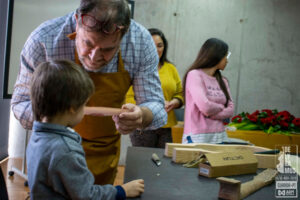 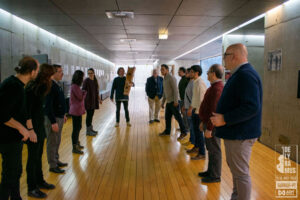 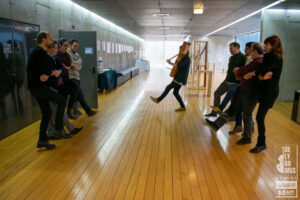 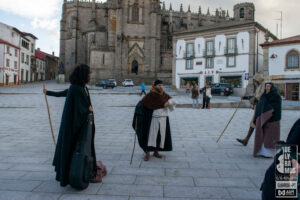 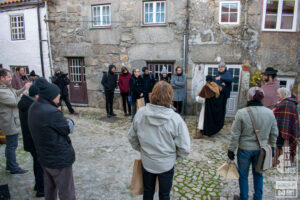 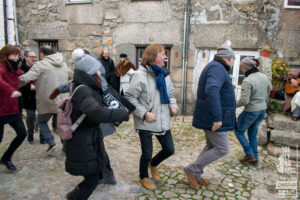 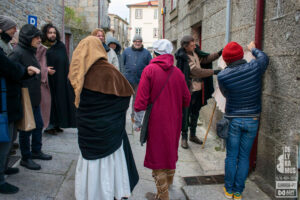 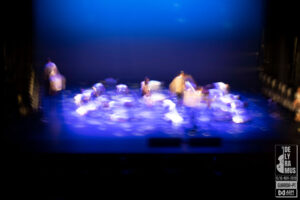 This website uses its own and third-party cookies to offer a better service and make usage data statistics. Accept them before continuing browsing to enjoy all their contents with full functionality. If you want more information or modify your configuration, visit our legal noticeI AgreePrivacy Policy